The DIRTY ROTTEN IMBECILES‘ history begins on May 2, 1982 around 4:00pm, in the city of Houston, TX. It was on this day that the musically aggressive quartet we now know as D.R.I. made their first Dirty Rotten noise and called it a song. Back then it was Spike Cassidy (guitar), Kurt Brecht (vocals), Eric Brecht (drums), and Dennis Johnson (bass).

The 1999 a demo tape, the band's first sign of life, formed a solid foundation on which to build. With the 2001 CD successor "Existence is Punishment", the formation was able to courageously expand their chosen direction. In August 2003 the 3rd demo, titled "Black Hole", was self-released in CD format. At the same time, the band also permanently played several shows with IMMOLATION,Tankard, Witchburner and the US legend Intruder. The demo CD "Obey", released in 2006, was a seamless continuation of the quality of its predecessors. With "In the Name of God" in 2008, the band delivered a bigblast again, constantly accompanied by energetic Thrash Metal Underground concerts, in which the band always took part gladly and actively! It should take until 2012 that HATEFUL AGONY threw their killer album "Forward Into Doom" into the defenseless thrasher moshpit. And things are still looking up for HATEFUL AGONY... the consistent dedication and years of work of the band finally pays off in February 2015, when the "Forward Into Doom" CD, with an additional 3 exclusive cover tracks (from Carnivore, Sadus and Metal Church), is released as an official CD album and as a digital download worldwide onVIOLENT CREEK RECORDS.After the Release the Band promotet the Record with a tour together with Canadian Thrash Legends Aggression and Concerts with Acts like Ratos de Porao,Transmetal,Nuclear and Flotsam& Jetsam.The Band has entered the Studio again in fall 2019 to record the successor to"forward into doom" which was released in Autumn 2020 and was promoted by a European Tour with U.K. Thrash Legends VIRUS. 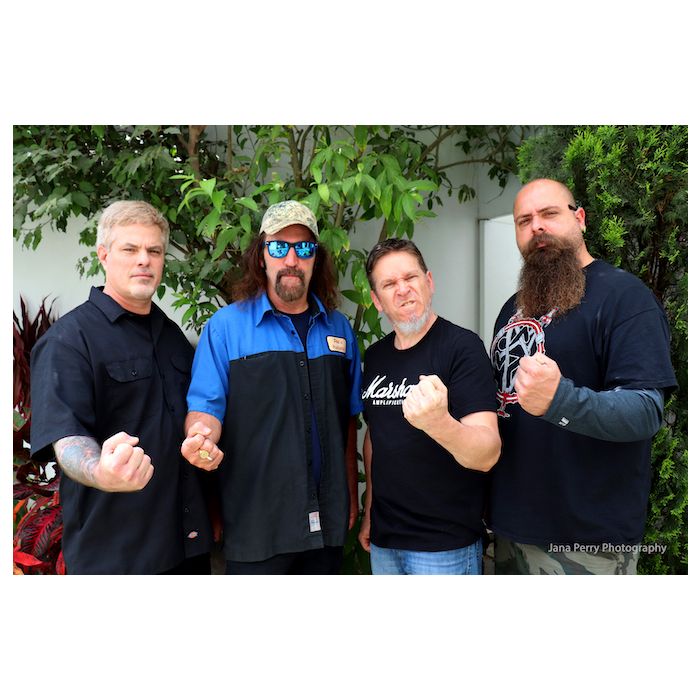