Veranstaltungsort
BACKSTAGE CLUB
Veranstalter
Backstage Concerts GmbH
Veranstaltungsdatum
Montag 03. Oktober 2022
Beginn
20:30 Uhr
Einlass
19:30 Uhr
Details
The music of Panzerballett has been designed to function as a perfect workout to highly develop, expand, and reinforce the connections between the brain and each muscle used for head banging.  Some have reported head shaking as an early side-effect that mostly, after prolonged exposure, develops into smiling and sometimes even rapturous laughter.
Jan Zehrfeld, the band's mastermind, studied jazz guitar in Los Angeles, Graz, Helsinki, and Munich. He has performed with DOLDINGER'S PASSPORT, the HILLIARD ENSEMBLE and Peter Herbolzheimer‘s GERMAN NATIONAL YOUTH JAZZ ORCHESTRA. His compositions are a unique fusion of jazz, funk, and metal. Intricate funk grooves are combined with heavy polyrhythmic riffs as well as jazz improvisation. 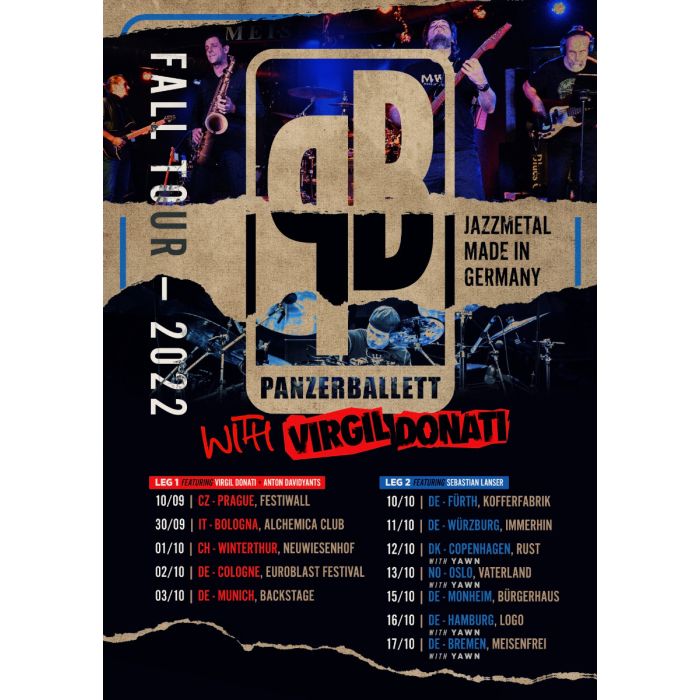