SEMBLANT + FALSE MEMORIES + AS I MAY + VALAR MORGULIS

Veranstaltungsort
BACKSTAGE CLUB
Veranstalter
Backstage Concerts GmbH
Veranstaltungsdatum
Freitag 22. Juli 2022
Beginn
19:30 Uhr
Einlass
19:00 Uhr
Details
As I May for As I May is a four-piece modern melodic metal band from Mikkeli, Finland - formed in 2016. The band released their debut album "Speak No Evil" in 2017, and got the attention of lots of fans and from the record label Rockshots Records, who decided to sign As I May for the release of their 2nd album "My Own Creations", which was release in the summer of 2019. The album was released in Asia through the label Spiritual Beast around the same time. "My Own Creations" have been praised severely in the press and loads of fans are praising the band as a serious newcomer contender for the Finnish Metal throne. As I May has begun, gaining ground in the Finnish heavy metal scene and the aim is to move into the vast international scene with the new album. It's a mature band, displaying a truly professional attitude towards the modern sound of heavy metal. The soul of the music lies within the catchy melodies and the big choruses. As I May combines modern elements, yet keeps focus on the heavier side of the music, and they sound like a modern day mixture of In Flames and Amorphis, so almost any metal fan would get a treat from listening to the music of these Finns!
Weitere Bandinfos
Videos
Weitere Vorverkaufsstellen
Zum Ende der Bildergalerie springen 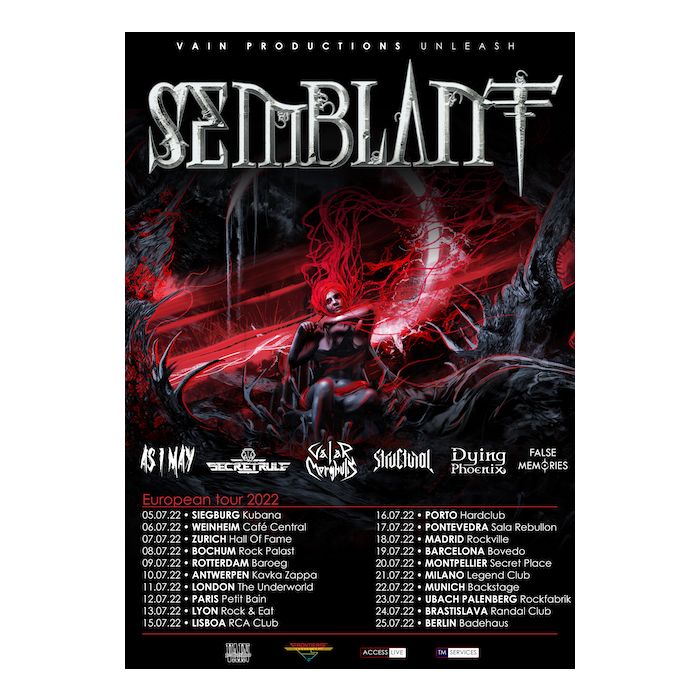