Putting music with a driving force and lots of personality on the map and while doing so, taking inspiration from all sorts of genres, Wucan can easily be interpreted as a Hard Rock, Acid Folk, Psychedelic Rock or Blues band that bundles these different influences in an electrifying way under the term HEAVY FLUTE ROCK.

Psychedelic riffs, progressive song structures and, not least through Tobolsky’s flute play, reoccuring elements of folk, enchanted critics and fans alike, resulting in the strictly limited edition vinyl EP “Vikarma” to be sold out in no time. Promptly Wucan found themselves on festivals such as the infamous Hammer of Doom and in the role of a live support band for Swedish blues rockers Siena Root in 2015, strengthening their reputation as an explosive and passionate live band.

With the release of their debut full-length album “Sow The Wind”in late 2015, Wucan trespassed the verge from being an insider’s tip to becoming a celebrated newcomer. “Sow The Wind” is an energetic heavy rock statement, which, despite all directness, does not consider itself above wonderous krautrock-esque extravaganza. The 16-minutes masterpiece“Wandersmann” takes the listener on a journey through the band’s complete musical and emotional spectrum, celebrating the influences of funk, hard rock, folk and kraut rock, while taking a deep-dive into hindu philosophy by quoting the Bhagavad Gita- all in German... who does that these days?

The force of nature that Wucan present on stage is supposed to reflect in their second album, for whose recordings the band locked themselves up in the Big Snuff Studios Berlin (recorded and mixed artists like Kadavar, Heat, Blues Pills, Samsara Blues Experiment). Even stronger than the previous album it honours what Wucan promis in their live performance: a strikingly massive rock sound, clear and naturally organic at the same time. Familiar progressivestructures and Wucan’s typical flute-driven hmyns now meet compact heavy metal pieces such as “Out of Sight, Out of Mind”, which reflects the band’s endeavour to combine different influences to one great, unique force of Rock and Roll. The band is ready to reap the whirlwind they have sown, and spread it over those, whose hearts beat for honest and original music. 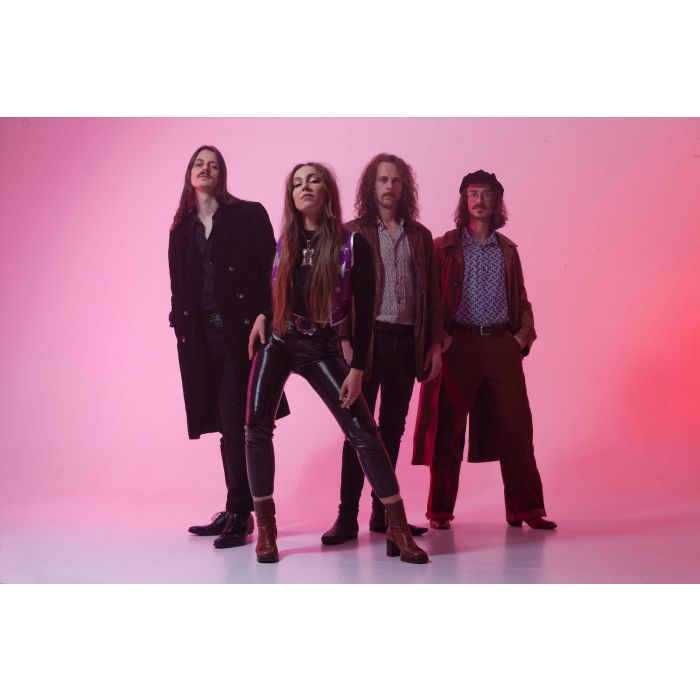